Data released on July 8, 2020 by Johns Hopkins University, showed that California was among 12 states with record-high, seven-day averages for daily new coronavirus cases. California also saw a surge in the number of hospitalizations. Gavin Newsom said at a news conference on July 8th that over the previous two weeks, the state has seen a 44% increase in hospitalizations and a 34% increase in intensive care unit (ICU) admissions.

In our May newsletter, we cited the same sources, which predicted that nationwide hospitalizations would be near zero by July. Now, experts predict that hospitalizations will continue to trend upward as we head later into the year. This will prolong some of the negative economic effects that the pandemic has already induced—nearly one in every six California workers is out of a job, and many others face reduced hours. 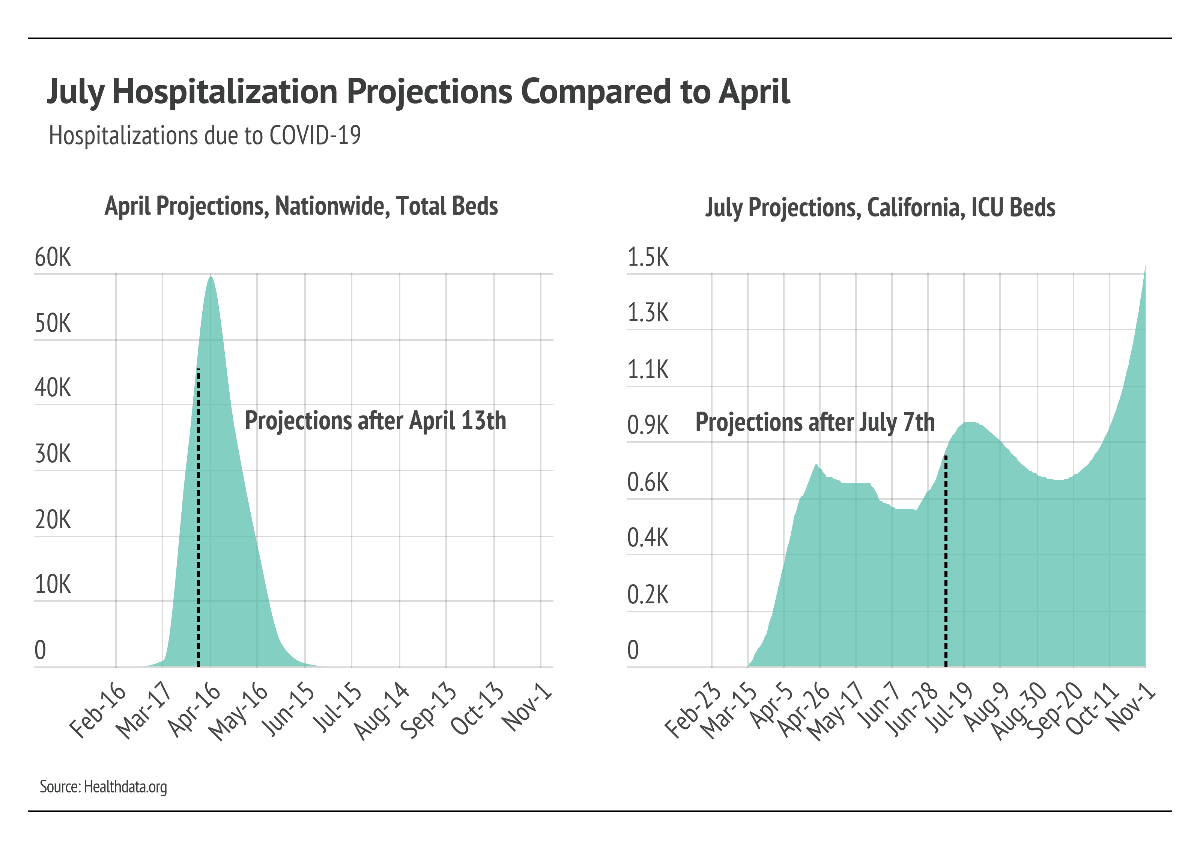 On July 13, California Association of Realtors (CAR) President Jeanne Radsick said, “Home sales bounced back solidly in June after hitting a record bottom in May, as lockdown restrictions loosened and pent-up demand driven by record-low interest rates roared back. While the momentum is expected to be sustained as we kick off the third quarter, the resurgence in coronavirus cases remains a concern and may hinder the market recovery in the second half of the year.” June’s sales total climbed 42%. The month-to-month increase was the largest since CAR began reporting monthly sales in January 1979.

A strong surge in home sales in June provided support to home prices, as the statewide median price set a new record high after dipping briefly below $600,000 in May. 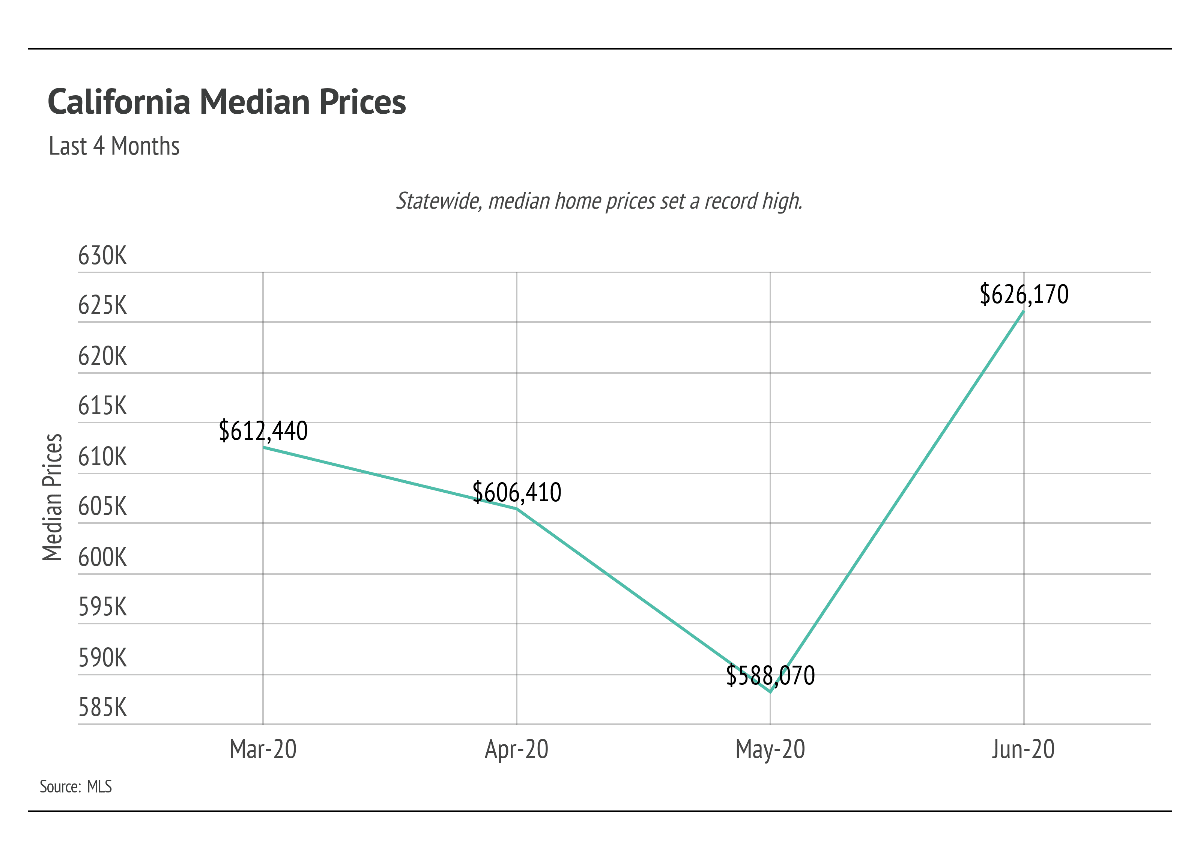 California’s median home price reached $626,170 in June, improving 7% from May and 3% from June 2019. The monthly price increase was higher than the historical average price change from May to June and, in fact, was the highest ever recorded for a May-to-June change.